by Australian Road Research Board on August 19, 2019

The Driver Frustration Index measures the levels of driver frustration generated by our most congested roads and includes the factors that negatively impact the driving experience.

The latest research shows that the surrounding road space and condition of the roads are important factors with narrow and rough roads faring the worst. The NTPC has developed the Driver Frustration Index by combining these factors that ranks our worst performing roads. 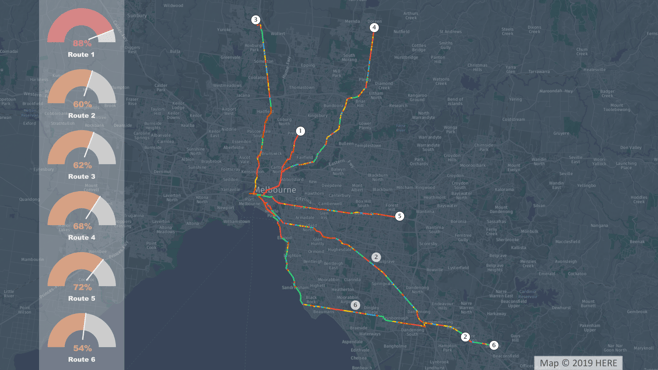 "Commuters arriving home after a nightmare run on the roads are suffering from frustration. True, congestion has caused their frustration and congestion has had an economic impact, but it is the frustration levels that are carried through the front door,” ARRB Chief Research Officer Mike Shackleton said.

Instead the NTPC has used its data and expertise to develop a multi-factor measure index of frustration levels.

“Our Frustration Index takes into account actual speed, posted speed limits, road space available and the overall physical condition of the road surface itself. Other factors may play a part, and future feedback from road users will identify those for inclusion in improving the Index,” Dr Shackleton said.

Initial work with the model is promising. The challenge now is to continue to develop the model based on actual frustration levels experienced by Australia road users – the ultimate truth – to better measure and predict frustration levels on the whole major road network.

“When we can do that with confidence, we can target investment in our roads with laser-like precision to reduce frustration amongst commuters, while also improving the economic return our road network provides,” Dr Shackleton said.