Join us for a conversation with the Deputy Prime Minister and Federal Minister for Infrastructure, Transport and Regional Development, the Hon Michael McCormack MP. Hear an update on work within the Office of Future Transport Technology, and have an opportunity for discussion between government and industry on the next decade in future transport and mobility. 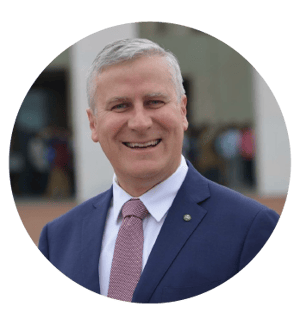 The Honourable Michael McCormack has been the Member for Riverina in Federal Parliament since 2010.

After a career in journalism, in which he became Australia’s youngest daily newspaper editor while running the Wagga Daily Advertiser, Mr McCormack moved into politics. He has been Deputy Prime Minister since early 2018, and the Federal Leader of the National Party. He has also been Federal Minister for Infrastructure, Transport and Regional Development for the past two years.

Mr McCormack is a sports fanatic, with horse racing,  rugby league, Australian rules football and cricket among his passions. 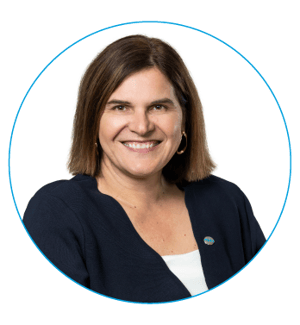 Rita is the Executive Director of the Australia and New Zealand Driverless Vehicle Initiative (ADVI) Centre of Excellence and is responsible for delivering ADVI’s contribution to the safe and successful introduction of driverless vehicle technologies into Australia.

Rita is a qualified Civil Engineer with over 20 years’
experience, which has included roles in Local Government which included being the Transport Expert on Planning Assessment Panels. She also has 13 years with the Royal Automobile Association of South Australia where she worked on strategic transport planning, road safety and advocacy.

She is also currently the President of IPWEA Australasia, the peak association for the professionals who deliver public works and engineering services to communities in Australia and New Zealand.

Rita is nationally and internationally recognised for her expertise in the automated vehicle sector having served as a member of Connected and Automated Vehicle Industry Reference Groups in New Zealand, Australia, Canada, Singapore and the US.