by Australian Road Research Board on September 5, 2018 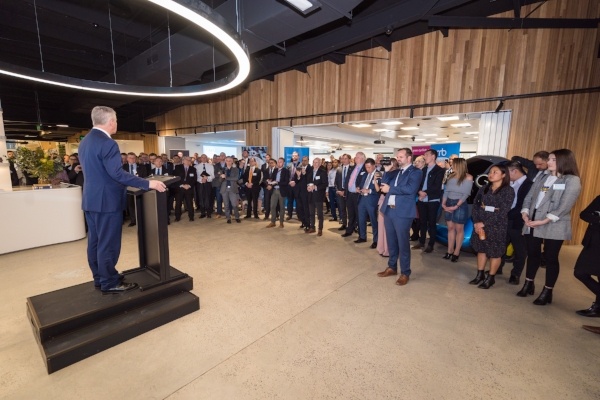 Mr McCormack, who is also the Federal Minister for Infrastructure and Transport, paid tribute to ARRB’s work as the National Transport Research Organisation, which will be furthered by the state-of-the-art research facility.

“Our transport future is on us now,” Mr McCormack said.

“The George Jetson philosophy and visions of the future are happening right before us, and you at ARRB are front and centre of that.

“This facility is going to be front and centre of everything our nation is relying on (in roads and transport) with your world-class facilities.”

ARRB Chief Executive Officer Michael Caltabiano has earmarked the Fishermans Bend precinct, where the new facility is situated, as a possible new test-bed for driverless vehicles.

“We need an urban test platform, and that is Fishermans Bend,” he said. 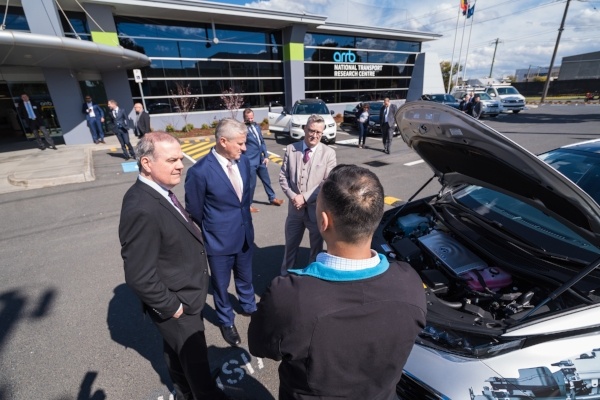 While it will need government commitment to make that happen, ARRB’s new multi-million dollar home offers the potential to be home base for a driverless vehicle test-bed to benefit all Australians and help shape Australia’s connected mobility future.

Created in partnership with workplace consulting specialists Amicus, the National Transport Research Centre features world-class research labs and more than 100 staff working on everything from driverless vehicles and road safety to new smart pavements and what smart cities of the future should look like. 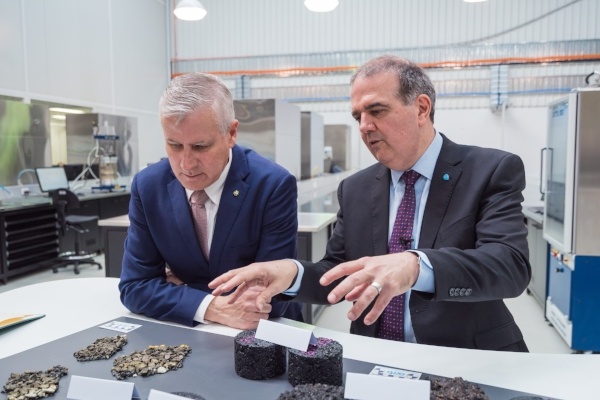 The opening day’s activities included displays of autonomous and electric vehicles from Holden, Tesla, Volvo, Jaguar and Mercedes, a hydrogen-powered Toyota, plus a look at one of ARRB’s current projects – a road safety drone.

The drone is engineered to deliver emergency equipment through traffic to accident victims who need it.

Mr McCormack himself arrived by driverless vehicle, ferried in by an Easymile shuttle before touring the facility alongside Mr Caltabiano. 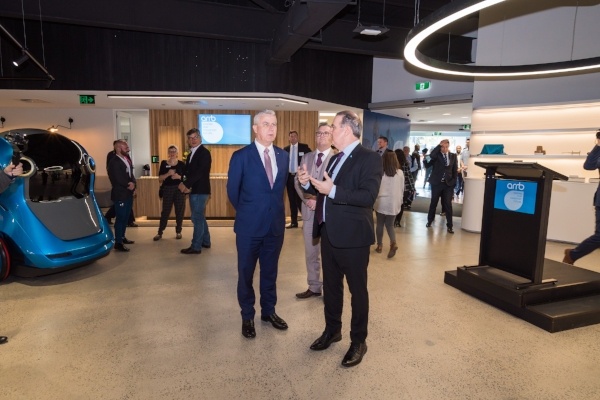