Integration of Blockchain and Internet of Things for transport data digitisation

The Internet of Things (IoT) enables track and traceability through embedded sensors in physical transport objects such as containers or pallets, detecting the location and condition of the container content, and communicating the real-time data on the internet.

IoT is already playing a fundamental role in disrupting transportation and logistics industries such as Mobility as a Service (MaaS) applications, connected autonomous vehicles, connected ITS and smart cities, container tracking, and electronic logistics marketplaces.

Despite wide applications of IoT in industries and specifically in supply chain management, there are some limitations in these applications such as architecture, technical, hardware, security and standard challenges. Among these challenges, security is considered as the most important for centralised systems relying on IoT devices. IoT devices have limited computing and storage capabilities, which makes them vulnerable to hacking threats. To overcome this limitation, IoT devices are often employed as a complementary component of centralised data management systems that have some practical challenges themselves including hacking risk, bottlenecks caused by increased layers of approvals, and slower decision making processes. This is where the integration of IoT and distributed data management systems such as blockchain can overcome these challenges.

Blockchain is an open-source and distributed platform that allows a more efficient, transparent and trustworthy flow of transactions between companies and individuals by removing the middleman and cutting out the cost, time-lapses, and inter-parties lack of trust issues, while also maintaining privacy, immutability and business data confidentiality. Blockchain technology has been identified globally as a potential tool to disrupt many industries, including the supply chain, transport and logistics industry.

It is important to note that the complex multi-level permission schemes and the distributed feature of blockchain are something that can be achieved with existing databases. What makes blockchain to stand out compared to centralised digital enterprise solutions, is the capacity to build trust without relying on a single authority to provide administrative control over the system or business rules. In other words, what differentiates a blockchain-based digital platform from a centralised digital platform is solving the “who” problem such as the following questions: Who owns the data? Who is allowed to edit/change/delete the data? Who creates the database and maintains it? Who ensures the validity of data and verifies the transactions and claims?

While a distinctive benefit of blockchain is the lack of a single party with control of the system, this inherently creates challenges for governance, deployment of users and operations problems. Blockchain currently faces several challenges particularly in terms of the level of deployment, interoperability among various platforms, usability by transport operators, lack of standards and regulations, and the unpredictable future of cryptocurrencies. Based upon the fluctuating evidence in the blockchain pilot projects in transportation, it seems that we are still in the disillusionment period of blockchain technology but we are likely to reach the plateau of productivity in the next three to five years.

To pave the road for the further deployment of blockchain by the Australian logistics and supply chain sector, a new Supply Chain Working group  has been established in September 2020 to support the National Blockchain Roadmap Steering Committee. This collaborative team will explore the current state of the blockchain supply chain use cases, and will identify technical, regulatory of other barriers of the blockchain adoption. 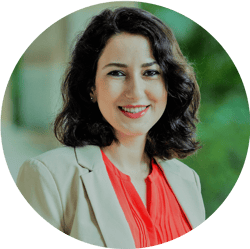